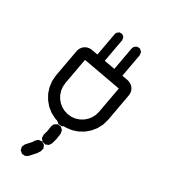 After a long idle period my SFTP connection through Nautilus get stalled. Only cure I've found is to unmount and then connect again.

Unmount can be done from command line as follows:

Tunnisteet: linux, note to myself

Near Field Information in Museums 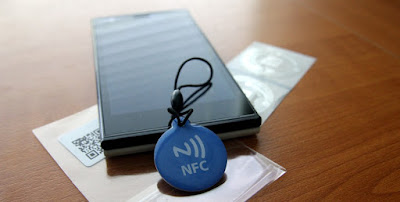 I taught a module called "Near Field Information in Museums" in a CIDOC summer school in Jyväskylä. Near Field information is a term I invented for this class. It means wireless ways to trigger some information or action based on visitor's location. The module includes four technologies: QR codes, Near Field Communication (NFC), iBeacon and GPS.

It was an interesting experience. We concentrated to a situation where visitors would use their own devices without installing any museum specific application. And this is a challenge of its own.


How did things work?

QR codes are widely used also in museum exhibitions and also most of the participant had a QR code reading software already installed in their mobile devices. No problems here.

NFC was much more challenging. In a group of 17 there wereonly  3 that could read NFC tags (i.e. had a NFC capable device). And that worked only if the tag had a URL stored in its memory. When I wrote a GPS coordinates to tag, then there was only 1 working device left.

Unfortunately iBeacon was introduced only by slides since my iBeacon, that I ordered form the net, never arrived. My self-made iBeacon (raspberry + BLE dongle) did not work since I could not find a DVI-cable for that so that I could start BLE advertising (sigh).

There was quite many iPhone users in the class, so iBeacon would have been worked well. However, iBeacon requires some application that links ID of the beacon to some content and this is the weak spot of that technology.

In order to test location services of mobile phones, I made a small browser-based GPS demo that we tried. The idea was that the location of the user was shown on the map by a blue dot in real time. By going to a certain marked points in the campus, you could see an old photograph taken from that point. Manual interaction was disabled so you couldn't see photograph by clicking or tapping.

Did it work? No. Well, there were 2 persons that managed to actually see a photograph. But in general, in real life this kind of outdoor museum application would make many visitors frustrated.

Why did this GPS thing fail? There are couple of reason. First, GPS is slow starter. It takes time and time depends on device and place. Secondly, mobile phones can use several methods for location (cell tower, WIFI) and it is not always clear what is enabled in the phone.

Cell tower locations are able to locate you very fast in a city level. That works if you would like to find a coffee bar next to you. But it might not work if there is a certain spot you must enter.


What did we learn?

One thing is clear when: Things can get messy. People want to use their devices but their device has no necessary application or hardware. Or, they have all the latest bells and whistles but they don't know how to enable them. Or, everything should be fine and working but things just *do not* work. In all cases, people get frustrated.

NFC is not mainstream, neither are QR codes, iBeacon or not even GPS. By mainstream I mean that they are not in a people's "default settings". There is always something extra needed.

But, there are always people that can use these and will use them.

By combining QR code, NFC tag and SHORT url, you will get a quite good coverage. NFC is handy and precise, QR code is less handy and written url is the last change to see what's behind this link.

How about frustration? I would use "educated eyes only" approach. It means that there is a possibility to use your own device but it is not actively advertised. In other words, there are QR codes or NFC tags lying around for those  who *already* know how to use them.

At this point it just might be a good approach.